For many people it can be tough to be in social situations and some just don’t know how to conduct themselves in a big group. For many years I would often be the quiet one in the corner whenever I was in a big group of friends and colleagues and I was always envy those who seemed to deal with it very well. One of those people who I used to work with was Menos Hiras, a man who was able to easily command a group, tell stories and basically make every have a better time. I was slightly in awe of Menos when I noticed this and so I decided to watch what he did and try to use it as inspiration for me to improve my social skills.

Menos had a great ability to bring people into the group, especially quite people like myself, he would do this with simple questions like ‘what do you think about that Steve?’ and basically open up the group so that each person would be able to have a say. Many people simply stay within their cliques when they are in a social situation like this, or they will speak to the only ones who are interacting. Menos on the other hand would look at the quiet ones, and wish to bring them into the fold.

At first I felt as though Menos had simply had a much more eventful life than myself or my colleagues because he would always be telling stories which were amazing. One night it dawned on me that it wasn’t the stories which he had that made him so entertaining, but the way in which he told the stories, with confidence. I realized that in many cases, a story or experience would pop into my head and then I would instantly reject it thinking that people wouldn’t really care. This was where I was going wrong, the key was confidence and in order to gain it, we have to earn it. Perhaps people won’t enjoy your stories, but if you don’t try then you’ll never know.

Another social skill which Menos had was that he would speak to every individual in the exact same way, something which I was not used to doing. For example if we were on a night out with the team, I would always speak differently to my colleagues than I would to my bosses, despite the fact that we were socializing. Menos on the other hand would treat everyone the same, be they a stranger, a close colleague or the CEO. I noticed on reflection that I do this in all aspects of my life, I speak to family members differently and even my friends. Being the same around everyone means that you are you, there are no false graces or manufactured reactions, you can just be exactly who you are, and people can like it or leave it.

How are your social skills? I was inspired by Menos and thanks to that I feel far more comfortable around people now. 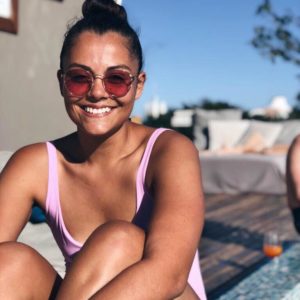